Barcelona defender Gerard Pique has made the shock announcement that he will retire from international football after the 2018 World Cup. 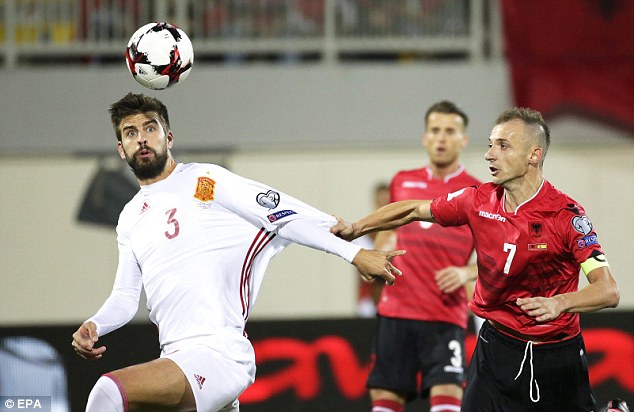 The Spain veteran, who was part of the squads that won three major tournaments in a row between the years 2008 and 2012, was criticised during his country’s World Cup qualifier with Albania.

Pique cut off the sleeves that bear the famous yellow and red colours of Spain before the match.

However, a furious Pique has hit back at suggestions he had an agenda – and revealed Russia will be the last time supporters see him in the colours of the national team.

“Yes, I’m tired of it and the World Cup in Russia is going to be my last commitment with the Spain team and then I hope I can be left in peace,” the 31-year-old said.

“I cut my shirt because the sleeves were very short and they were bothering me. I’ve tried everything but I can’t take it anymore, the thing with the sleeve is the straw that has broken the camel’s back.”

“They have succeeded in killing my joy in playing for Spain and even though after Russia I’ll only be 31, I’m going to quit then.

“I have always tried to give everything but while some people appreciate that others think it’s better for me not to be with Spain.”

Malawian female boxer off to Zimbabwe for WBC Title Fight