Mourinho’s men were embarrassed at the Special One’s old stomping ground yesterday as the blues ran out 4-0 victors. 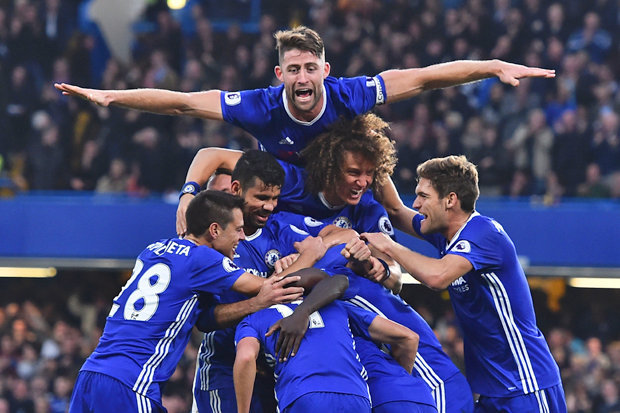 But pundit Redknapp has hit out at the Red Devils chief, claiming he must change his tactics to suit the traditions of United.

“What was the point of Jose Mourinho signing creative, exciting players like Paul Pogba and Henrikh Mkhitaryan if he’s going to play so negatively?” Redknapp.

“This is a talented Manchester United squad but they should be going toe-to-toe with Chelsea, not setting up to try to get a draw.

“In the first half, Jesse Lingard and Marcus Rashford were playing as extra defenders in a back six. It’s too defensive and the players aren’t able to express themselves.

“Why is Mourinho leaving out players like Mkhitaryan and persisting with Marouane Fellaini? Is Mkhitaryan injured, or does Jose just not fancy him? Fellaini seems so difficult to play with and it’s affecting Pogba’s game.”There will be questions in the dressing room over Jose’s tactics and I worry that the atmosphere could become toxic.

“People are saying that the players have to adapt to Jose’s style but I disagree. He must change to suit the traditions of a club that produced the most exciting team of the last 20 years.”