Barcelona have announced they will appeal the yellow card given to Lionel Messi during the team’s 2-1 win over Sevilla on Sunday. 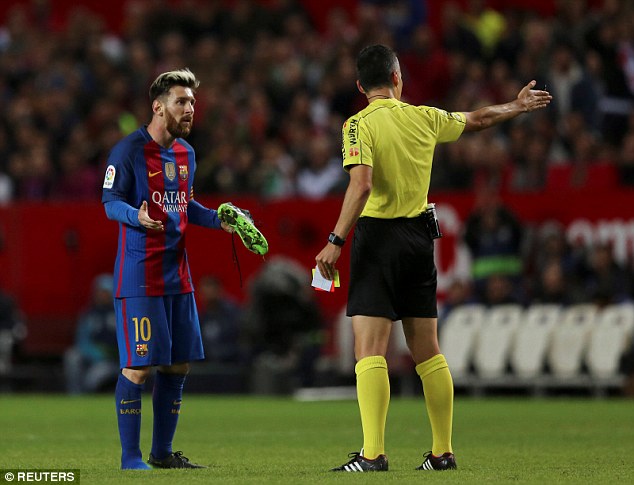 Messi was booked during the second half for time wasting as he attempted to put his boot back on after it had come off following a challenge from Sevilla’s Steven N’Zonzi.

A statement from Barcelona read: ‘The club have presented an appeal against the yellow card that Leo Messi received on Sunday in the match against Sevilla at the Sanchez Pizjuan, which Barca won 2-1 thanks to a goal from the Argentine.’Barcelona coach Luis Enrique explained after the game that Messi’s laces were broken due to N’Zonzi’s foul and that is why the player could not put the boot back on immediately.

Barca striker Neymar was also booked on Sunday and is one card away from a ban.

FAM fouled for selecting under-20 team